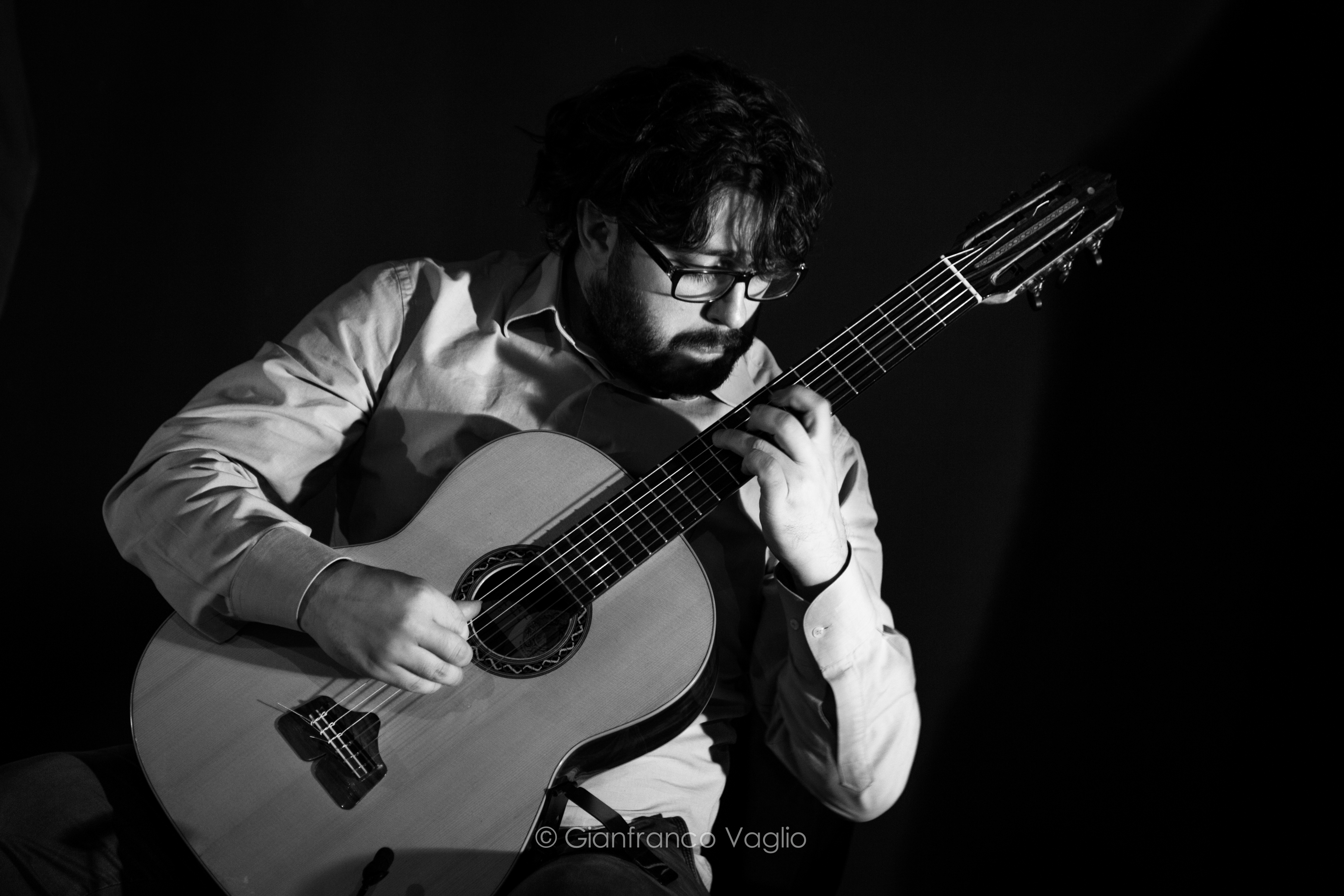 is an Italian musician. Born and raised in Potenza, Italy, he started the study of classical guitar at the age of 12 under the tutelage Bartolo Telesca;

then he was given access to the guitar course at the Music Academy ‘Gesualdo da Venosa’ in Potenza under the guidance of Fabio Fasano. He graduated under the tutelage of Aniello Desiderio.

It is important to remember the role of Saverio Sangregorio, Davide Remigio, Stefano Cucci, Dario Orabona in his education.

He took a masterclass under the direction of Carlo Marchione and Leo Brouwer.

He worked as a teacher at the music association ‘Emiolia’, located in Potenza. He regularly performs as soloist, and organizes the guitar festival ‘Ricerche di Stile’, in which the best promises of the six-string world perform.

During the same year he left for a three-month concert tour in theatres and universities in South America (Brazil, Uruguay, Argentina).

This website uses cookies to improve your experience. We'll assume you're ok with this, but you can opt-out if you wish.Accept Read More